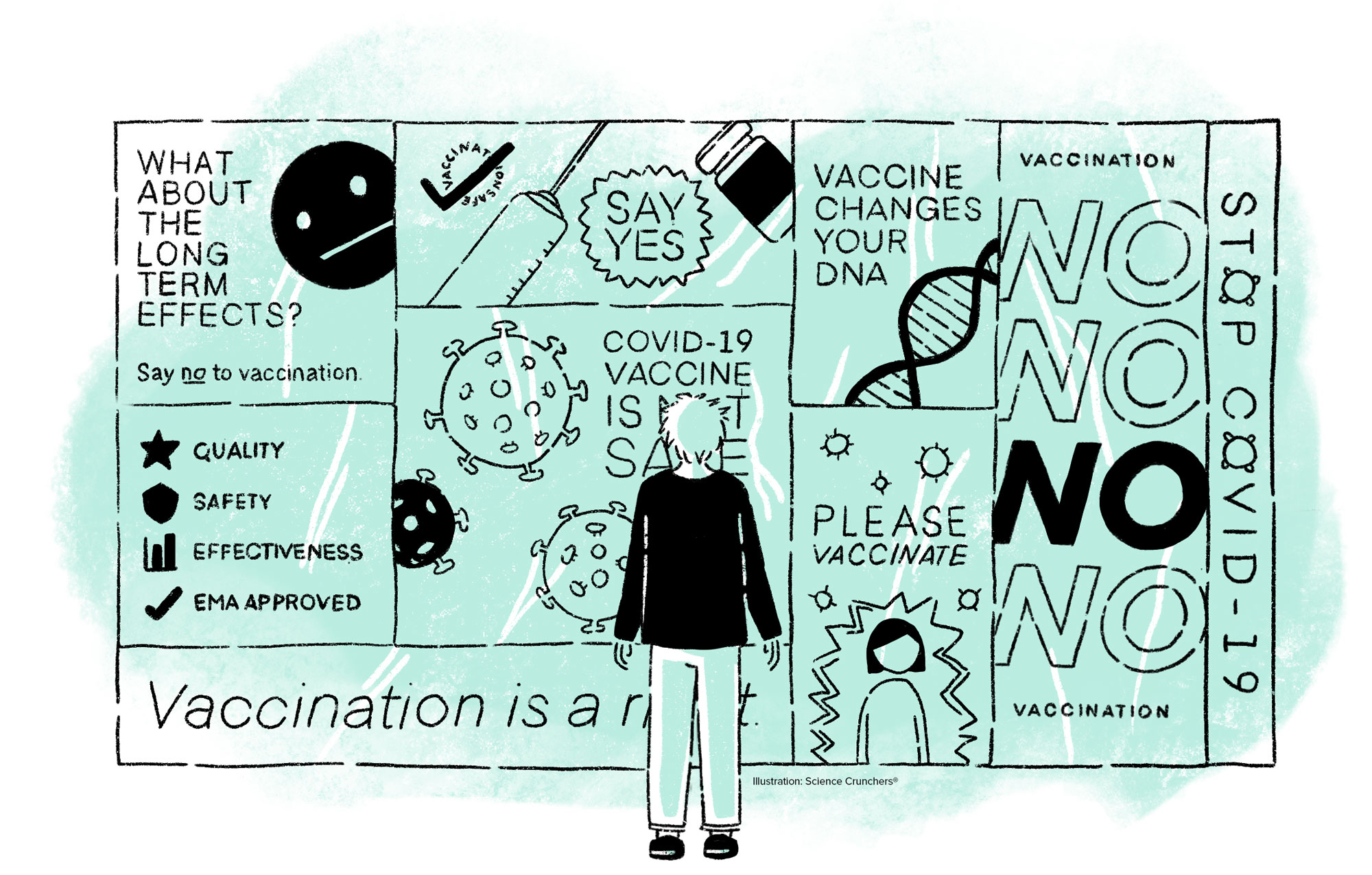 Today, the world is facing an enormous challenge with an overabundance of information related to the COVID-19 pandemic. Some of this information may be false and potentially harmful.

Why time, money and effort should be invested in communicating scientific research?

Conflicting viewpoints are more common than ever before in the history of humankind. In many cases, disinformation is disseminated by people who have no regard for facts or truth. The public does not know whom to believe, what is true and what has been modified. Besides, the public do not have time or expertise to research every decision, so they rely on authorities, books, media, their closest ones and even their memories of a similar experience.

Today, the world is facing an enormous challenge with an overabundance of information related to the COVID-19 pandemic. Some of this information may be false and potentially harmful. WHO states that “inaccurate information spreads widely and at speed, making it more difficult for the public to identify verified facts and advice from trusted sources, such as their local health authority or WHO”. Public engagement and science communication can help to override misconceptions by spreading the latest scientific consensus regarding COVID-19.

The best way to reach the public is to start with family and friends, who will gain a better appreciation for science and the people involved in the work. Public engagement, both face-to-face and over social media, will encourage people to think actively and critically about science and understand its relevance to them in their day-to-day lives. Increased interaction with the public will effectively motivate investments in science research and encourage them to lobby for science. This type of indirect grassroots lobbying has been effective in promoting policy changes.

Nevertheless, a scientist not only has to engage the community but must be properly trained and supported to ensure that their interactions are effective and well understood by the population. The 2014 report on Public Attitudes to Science highlighted the discrepancy between public enthusiasm for science and how that science is communicated, both to the general public and to the policymakers who can effect change based on modern scientific advances.

So what is the biggest barrier preventing public engagement? Time. Also, public engagement is not as valued or as well recognized as publications and grants, therefore the effort invested might not be equally rewarded. Despite that, a scientist must disseminate widely their research, especially considering that many research institutes are funded by taxpaying members of the public. Accordingly, improving public attitude to science is necessary to ensure continued funding support for scientists to innovate and address global challenges.

Even though the societal impact of the science community’s public engagement has been difficult to measure, available studies show a general positive correlation between high-quality community engagement and positive public attitudes towards science research.

Public hostility and ignorance towards biotechnologies are frequently attributed to lack of information, due to poor and insufficient media coverage. Therefore, it is essential to foster an environment in which disseminating scientific concepts is deep-rooted in our culture so that the population and government can be better informed to make the best decisions based on experimentation and evidence.

DROP US A LINE

A Decade of Ocean Science – Why

This site uses cookies. By continuing to browse the site, you are agreeing to our use of cookies.

We may request cookies to be set on your device. We use cookies to let us know when you visit our websites, how you interact with us, to enrich your user experience, and to customize your relationship with our website.

Click on the different category headings to find out more. You can also change some of your preferences. Note that blocking some types of cookies may impact your experience on our websites and the services we are able to offer.

These cookies are strictly necessary to provide you with services available through our website and to use some of its features.

Because these cookies are strictly necessary to deliver the website, refusing them will have impact how our site functions. You always can block or delete cookies by changing your browser settings and force blocking all cookies on this website. But this will always prompt you to accept/refuse cookies when revisiting our site.

We fully respect if you want to refuse cookies but to avoid asking you again and again kindly allow us to store a cookie for that. You are free to opt out any time or opt in for other cookies to get a better experience. If you refuse cookies we will remove all set cookies in our domain.

We provide you with a list of stored cookies on your computer in our domain so you can check what we stored. Due to security reasons we are not able to show or modify cookies from other domains. You can check these in your browser security settings.

These cookies collect information that is used either in aggregate form to help us understand how our website is being used or how effective our marketing campaigns are, or to help us customize our website and application for you in order to enhance your experience.

If you do not want that we track your visit to our site you can disable tracking in your browser here:

We also use different external services like Google Webfonts, Google Maps, and external Video providers. Since these providers may collect personal data like your IP address we allow you to block them here. Please be aware that this might heavily reduce the functionality and appearance of our site. Changes will take effect once you reload the page.

The following cookies are also needed - You can choose if you want to allow them: